Nujeen Mustafa is a Syrian refugee, youth advocate, and champion for children with disabilities for the UN Ref... 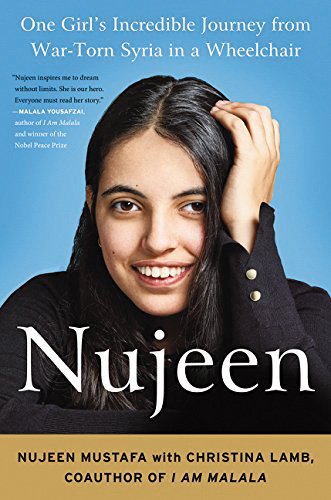 Nujeen Mustafa is a Syrian refugee, youth advocate, and champion for children with disabilities for the UN Refugee Agency.

At just sixteen years old, Nujeen Mustafa made the 3,500-mile journey from Syria to Germany in a steel wheelchair. Nujeen was born with cerebral palsy and spent most of her life confined to her apartment in Aleppo, Syria, where she taught herself English by watching shows on TV.

As war broke out, she and her family were forced to flee â€“ first to her native Kobane, then Turkey. Her family didnâ€™t have enough money for them all to make it to safety in Germany, where her brother lived, so her parents stayed in Turkey while she set out with her sister across the Mediterranean, braving inconceivable odds for the chance to have a normal life and an education.

Nujeenâ€™s optimism and defiance when confronting all of her challenges have propelled this young refugee from Syria into the spotlight as the human face of an increasingly dehumanized crisis. Since moving to Germany, Nujeen has continued to tell her remarkable story and to capture the hearts of all who hear her speak. 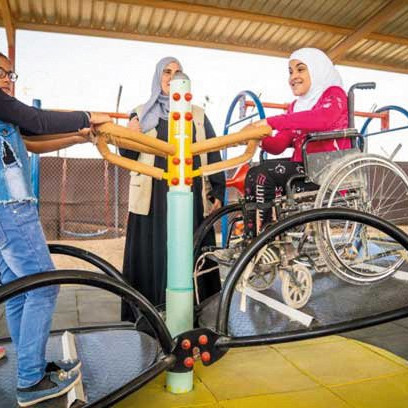 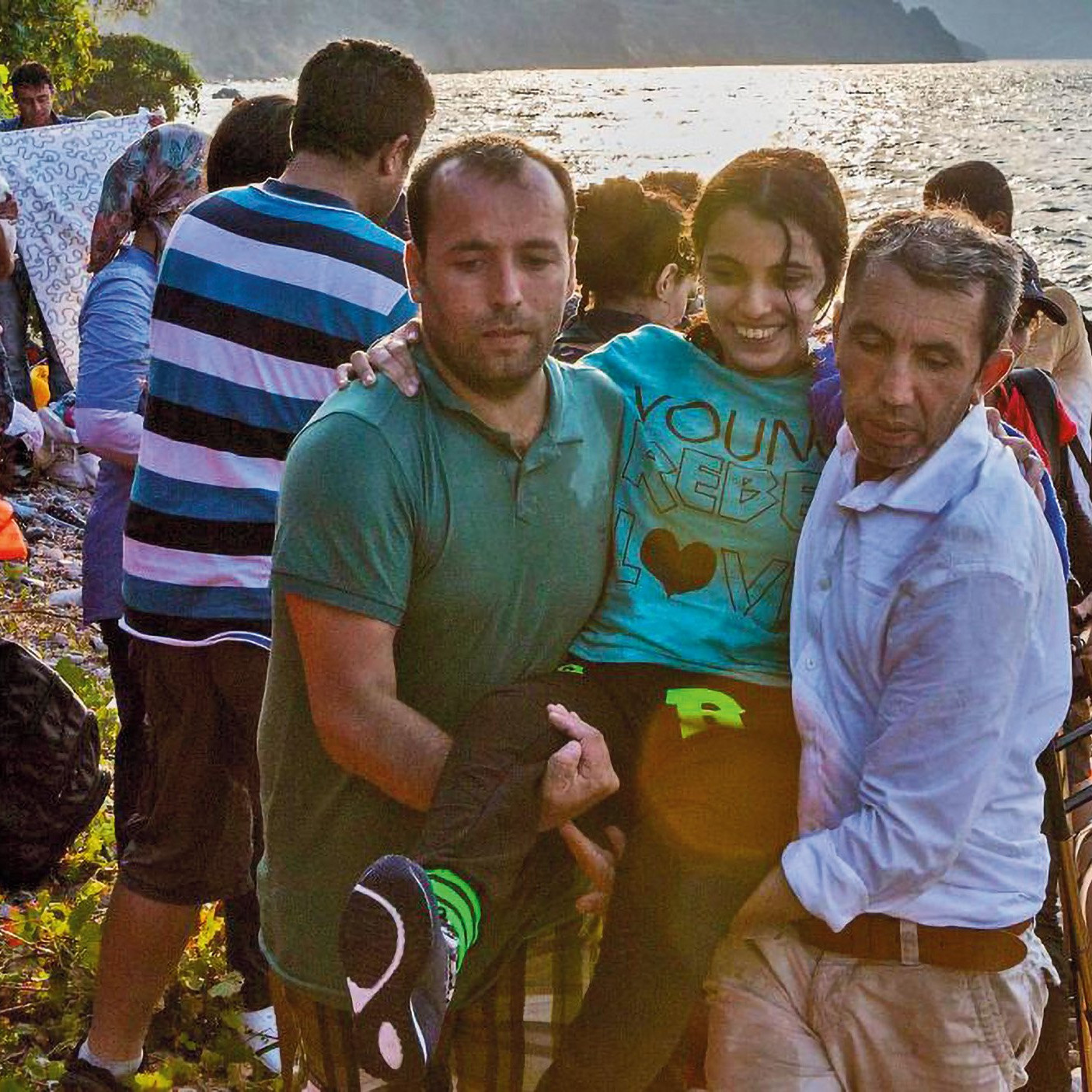 ECW: Your story of triumph over struggle has inspired people around the world. Can you tell us a little bit about what it was like growing up as a girl unable to go to school in Aleppo, Syria, and how you worked to ensure you got an education?

Nujeen Mustafa: Growing up and not being able to go to school, I realized pretty early on that my life was unusualâ€”but I wanted to do the best with what I had.

When I turned about 6 or 7, my older sister taught me how to read and write in Arabic and then it was left up to me to practice. This was when I kind of used television as a way of educating myself and learning how to read and write. Then I moved on to other things with Englishâ€”learning about every subject and topic that I could find. Of course, my sisters also brought me the schoolbooks for each year when I was growing up. I would finish them in one day because I turned out to be such a bookworm! From then on, when I was old enough to start being self-taught, I just did it.

ECW: Today, 75 million children and youth caught in emergencies and protracted crises are not able to go to school. Education Cannot Wait and its partners are working to get them back to learning. Why do you think this is so important, particularly for perhaps the most vulnerable: refugee girls with disabilities?

Nujeen Mustafa: It shouldnâ€™t even be a question as to â€œwhyâ€ we should educate our children; it just has to be a fact of life because everyone should know â€œwhy.â€ Children are always emphasized as the future of their countries and communities. But when you do not invest in a portion of the population, which is the population that has a disability, this is just not right. This is a violation of your rights as a human being, your right to education.

There have been many pledges and resolutions about the importance of education, especially for young people and people with disabilities. To live in this kind of cognitive dissonance, where there is this acknowledgment that this is important and yet nothing is being done to carry it out, is very concerning.

A prosperous and educated youth means a prosperous and thriving country. There is no logical reason why any country would want to ignore its children, youth, and people with disabilities. They can contribute, and they are this kind of untapped treasure, untapped resource, that is not being used sufficiently.

No one has the right to discriminate against you based on something that you have no control over. You donâ€™t make a choice to be born with a disability, just as you donâ€™t choose to be of a certain ethnicity.